Germans vs. Americans: Battle of the Euphemisms

Germany and America have experienced great economic prosperity that has led to inevitable business encounters of all kinds. When both sides meet, there is great chance for miscommunication beyond a potential language barrier.Germans are known for saying what they mean and meaning what they say, which can lead Americans to think their counterparts are off-putting. Americans cautiously tap dancearound difficult or awkward topics often utilizing euphemismsthat open a confusing Pandora’s box for others.

The negotiating and presentation methods of both Germans and Americans could not be more different if they tried. Germans are quick to say no, whereas Americans actively try to say no as little as possible. Americans view saying no as not being flexible, open, for helpful. Germans, on the other hand, only say yes when they know they can deliver without fail. Lastly, Americans tend to communicate rejection under the shroud of positivity, which is not easily understood by their German partners. These differing communication methods label Americans as being unzuverlässig, while Germans are re-named Dr. No. When it comes to presenting information, the methods of these two nations follows the same path. Germans are direct, factual, objective, and allow their arguments to present themselves. This back-seat presenting style is opposite the American style of being personal, anecdotal, and putting on a show.

With all these differences in mind, how should German-American business proceed? Both sides will need to prove a level of leniency for the other. Germans should use a softer vocabulary and establish rapport that would be received readily by their American counterparts. Americans should embrace German directness while actively trying to keep their meanings unambiguous. 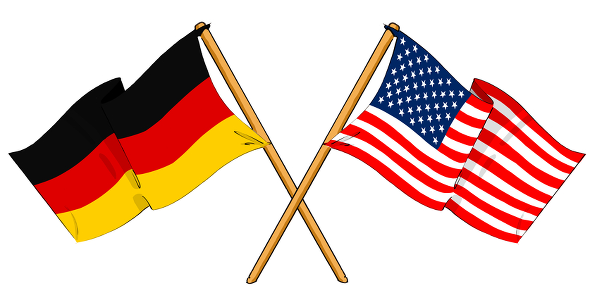 Hurricane Season and the Force Majeure